Remote internships out of Greece 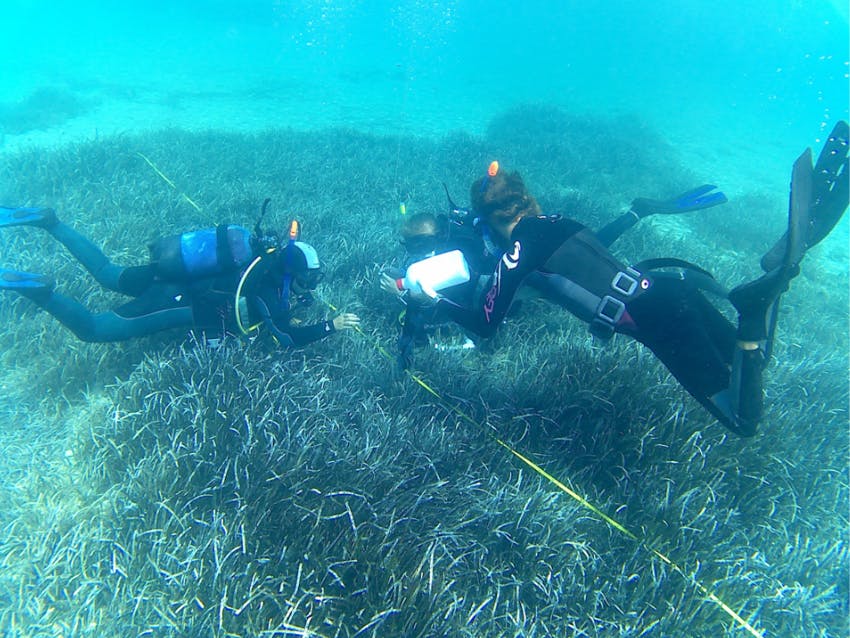 Marine Ecology Research remote internships out of Greece are hosted by an Institute of Marine Conservation, a highly respected non-profit NGO. This institute combines multidisciplinary scientific research with efficient conservation work, facilitated through participation and support of the surrounding local communities.

Remote interns aid the institute by helping to analyze and interpret environmental data, which is being collected during surveys conducted in the spring, summer and autumn of 2020. This date is utilized to inform local conservation and environmental management activities.

Blue Carbon is the sequestration of carbon in a marine environment. Seagrass is one of the biggest sources of carbon sequestration on the planet, exceeding even the rate of rainforest production. For this reason, conservation of seagrass meadows is an important conservation priority. Through working to quantify sequestration rate and gaining an understanding of the factors that affect this process, the enforcement of effective conservation measures can also be facilitated. Research projects being utilized by the Institute of Marine Conservation include the use of benthic chambers and miniDOT loggers to measure oxygen, temperature and light levels over different seagrass habitats. Remote interns can be involved with analysing and interpreting this data (collected during spring, summer and autumn), to determine overall productivity. This information is used to inform conservation and management decisions to protect seagrass meadows. 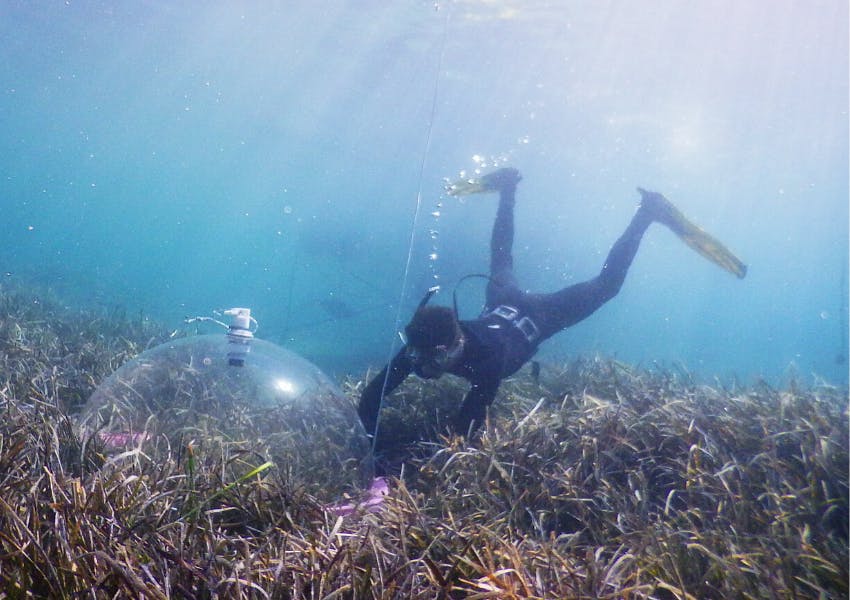 2. Determining the presence and abundance of invasive species 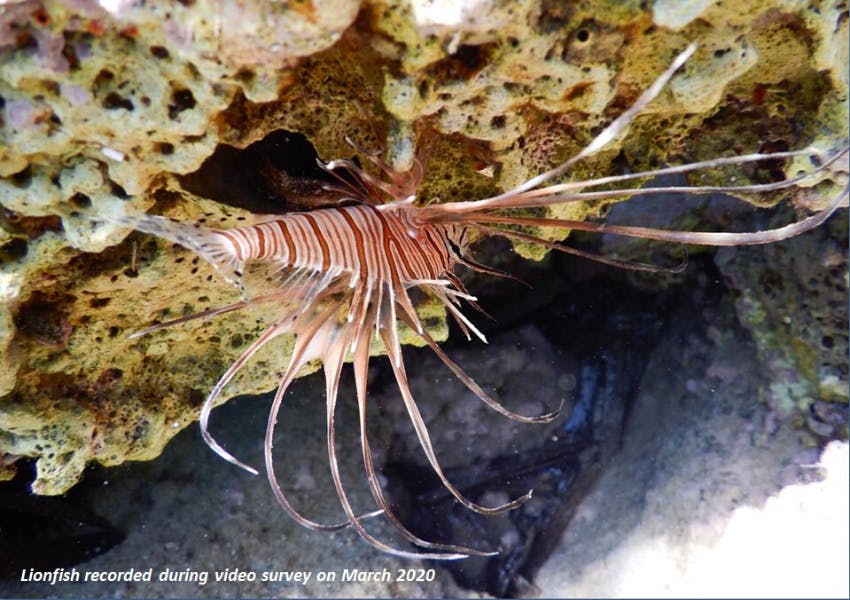 3. Assessing the rate of re-establishment on an artificial reef

With the global decline in natural reef habitats, alternative methods for conserving and preserving these habitats are being developed. One of these methods being undertaken by the Institute of Marine Conservation is the establishment of artificial reefs. It is important to determine the success of these techniques and one way to do this is to measure the time it takes for species to populate the artificial reef and identify the key species who accomplish this. This research project uses video cameras mounted on tripods to record footage (collected during spring, summer and autumn). Remote interns can be involved with analysing this footage to identify time of first contact of various species. If re-establishment techniques are proven to be successful then artificial reefs can be used to repopulate species in declining habitats. 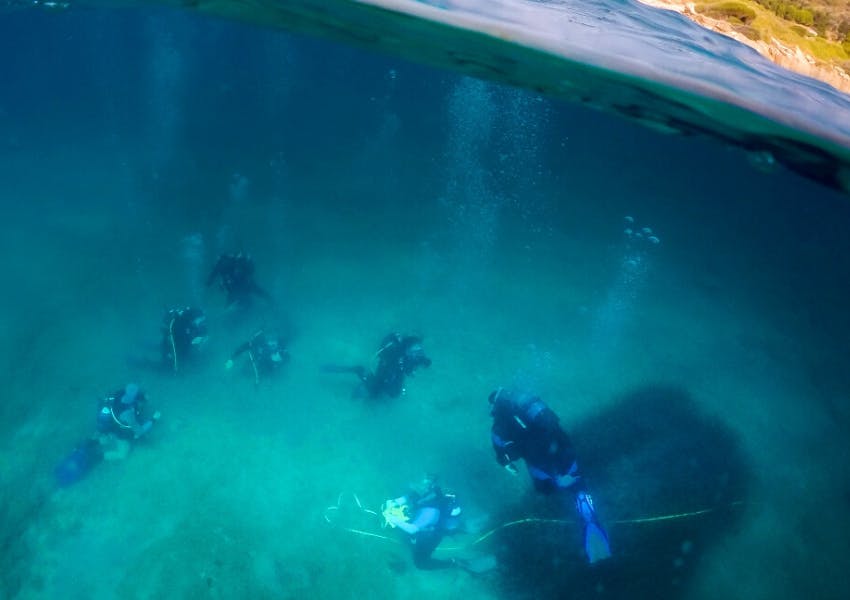 Monitoring fish biodiversity is an important way for assessing the quality of different habitats. There are many ways to do this, such as through snorkel surveys, underwater drones, or underwater cameras. This research project compares various methods for monitoring the presence of different species so that future research projects can be conducted at a higher accuracy. This research will compare some the following methods: line transects, point census, baited vs unbaited video cameras, and photo quadrats. Remote interns can be involved with analysing the data and the footage, which will be collected during spring, summer and autumn 2020, to determine which method is both the most efficient and most accurate. 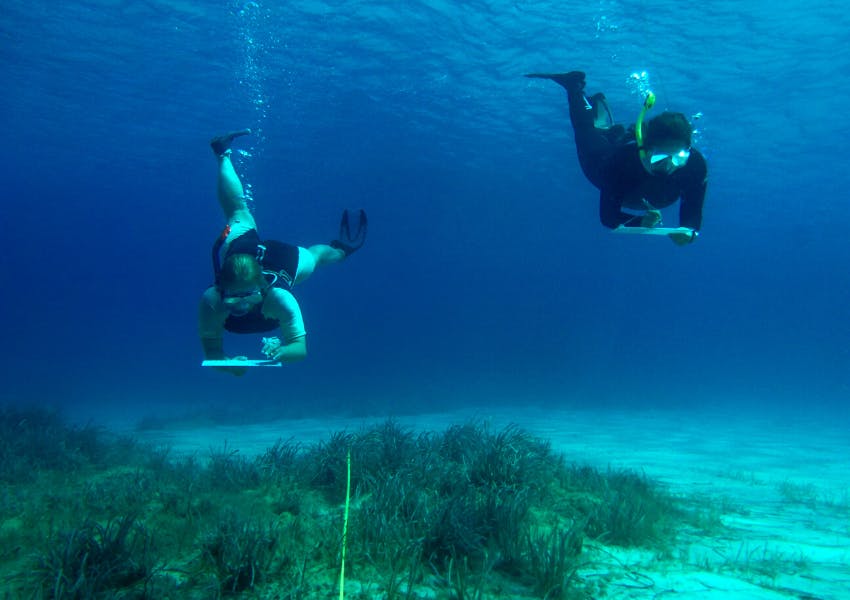 5. Monitoring the success of Posidonia oceanica seagrass meadows as a habitat for fish and macroinvertebrates

Posidonia oceanica is an endemic species of seagrass in the Mediterranean Sea. Seagrass meadows act as nurseries for various fish and invertebrate species, help prevent coastal erosion and also can act as a bioindicator when determining water quality and the health of the ecosystem. Ecosystems can therefore be enriched by ensuring that the health of seagrass meadows is maintained and replanting can be done in areas where the meadows have declined. Research being conducted by the Institute of Marine Conservation looks at the various species that use Posidonia as a nursery for their young, the type of behaviours carried out in Posidonia meadows, and its importance as a habitat. This research is done by studying the re-establishment of organisms over time using camera traps. Video cameras mounted on tripods record footage during spring, summer and autumn. Remote interns can be involved with analysing this footage to identify time of first contact of various species. 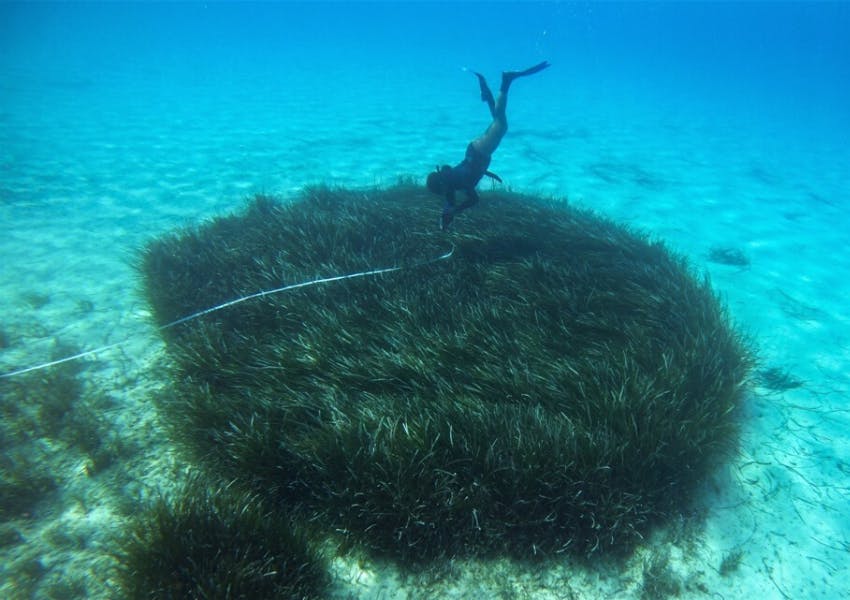 This internship is conducted in English.

Click here to check out the intern abroad equivalent of this internship program. Note that remote internships can be coupled by data collection on site, which interns can pick up at a future date, if they later wish to intern abroad with their placement.

Want to get started?

Taking the first step is easy! Our team is here to provide friendly assistance, from your initial research and planning phases, right through until your internship completion. To get started, submit an application. It is free to apply and takes just 5 minutes.

At least one year of relevant college/university study in biology, environmental sciences, sustainability, or a related field. High School Students aged 16+ may be accepted, depending on the strength of their application.

See how it works